In 1983 the idea arose on Siddartha to start making wine with the fruit that was available. It was something that people gradually started or were already working on in other places. Broeder Gust found a number of enthusiastic people, including our current chairman, René Aertgeerts, who wanted to start this up and so a group of volunteers arose within Siddartha who were engaged in making their own fruit wine in their spare time.

In the beginning it was certainly trial and error and there was still a lot to learn. Trying and tasting a lot was of course an important activity in addition to gradually learning by following wine courses. From the 30 to 60 members in the early years, the Wijngilde Siddartha quickly grew into a flourishing non-profit organization with more than 200 members at the moment. The many activities that the Wine Guild Siddartha organizes, together with the advice and experience of many, is no stranger to this.

What wine do we make in Siddartha? We mainly make fruit wines from what is available in fruit at reasonable prices. This goes from cherries, gooseberries, red currants, rhubarb, etc. If possible supplemented with grapes so that an ideal mixture can be made that will suit most people. Each type of fruit has its own typical taste and since the quantities are constantly changing, there is also a variety of taste in the wines. And we can dwell on flavors for a long time.

However, experience shows that most visitors still prefer a ‘slightly’ sweeter and therefore softer wine to enjoy a nice glass of wine with a quiet chat. The drier wines with a more pronounced character are more to the taste of the other enthusiasts. So something can be made for everyone’s liking.

It must be said that one year this works better than the other, but that makes making wine yourself instructive and exciting. The Wine Guild Siddartha and several of its members regularly get good points and prizes at various wine tastings in the region.

The Wijngilde Siddartha vzw has been around for more than 35 years and, with its volunteers, provides a cozy place every Sunday in the wine attic where members and visitors can enjoy a coffee, a glass of wine, our own apple juice or another soft drink. This is a wonderful place to rest after a walk or bike ride. In the meantime, the Wine Guild Siddartha is already at its third location with the current beautiful wine attic.

The biggest activity is the fantastic winter barbecue every year in February on Siddartha. In the middle of winter, preparing everything on a large charcoal BBQ under the fireplace and an extensive choice of fresh vegetables, that attracts many people. The wine guild also has its own place in the pancake tent at the annual Siddartha parties in August. September and October it is busy in the shed with apples and fruit pressing for the many members and the guild. Every year in October we try to do a pleasant and instructive wine tour with the guild and then in November a members party to close the year. Every new year we always start with free pancakes on Siddartha. 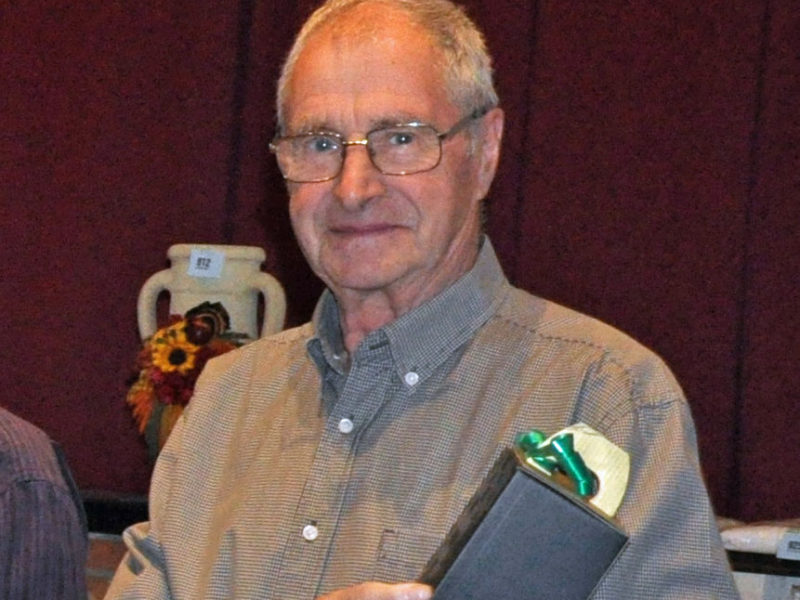 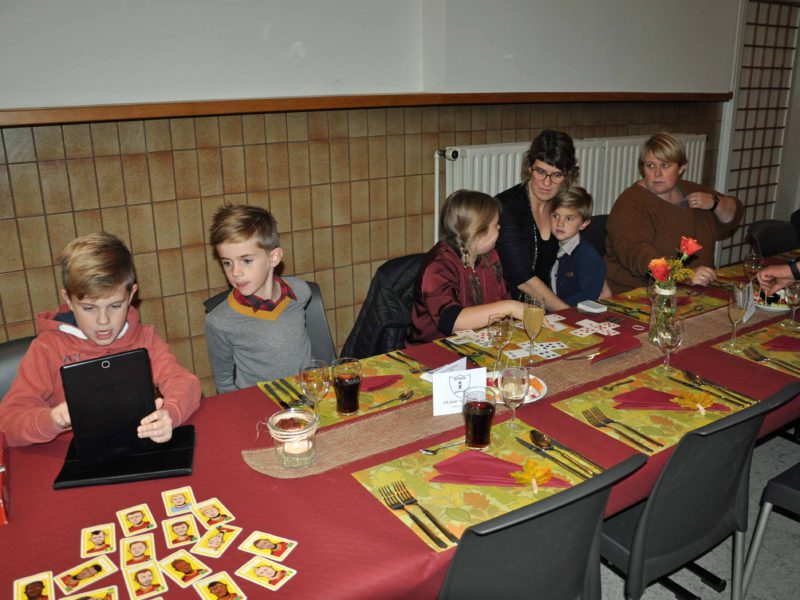 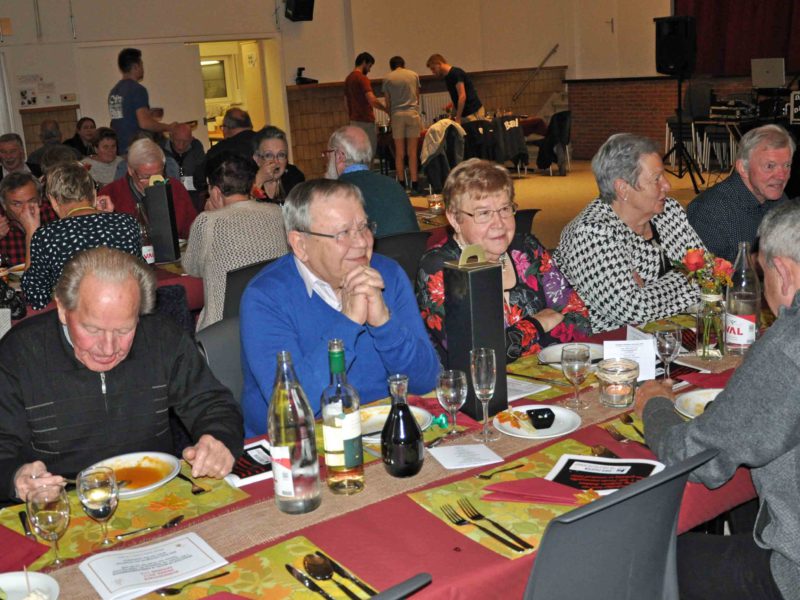 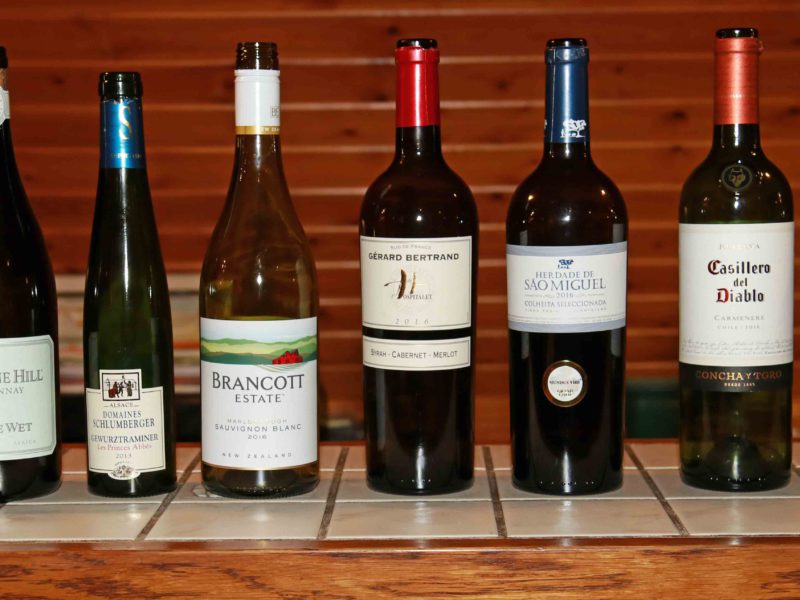 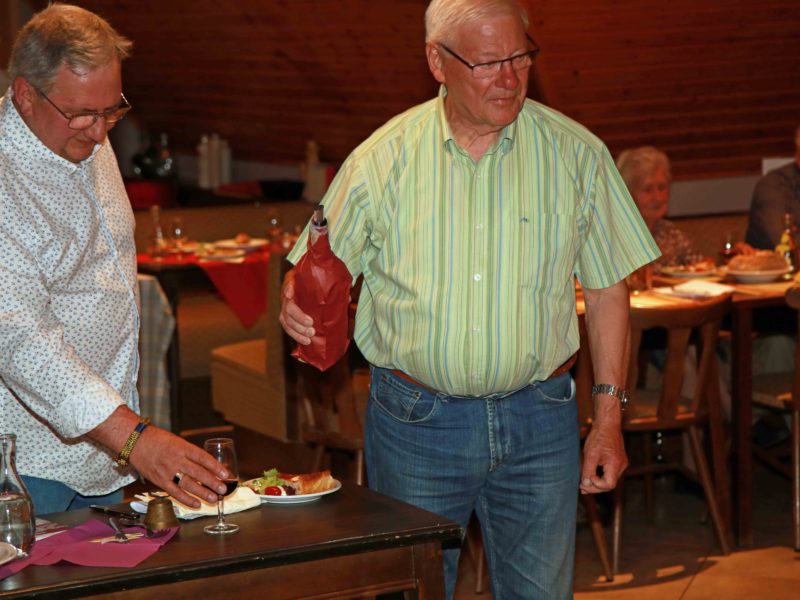 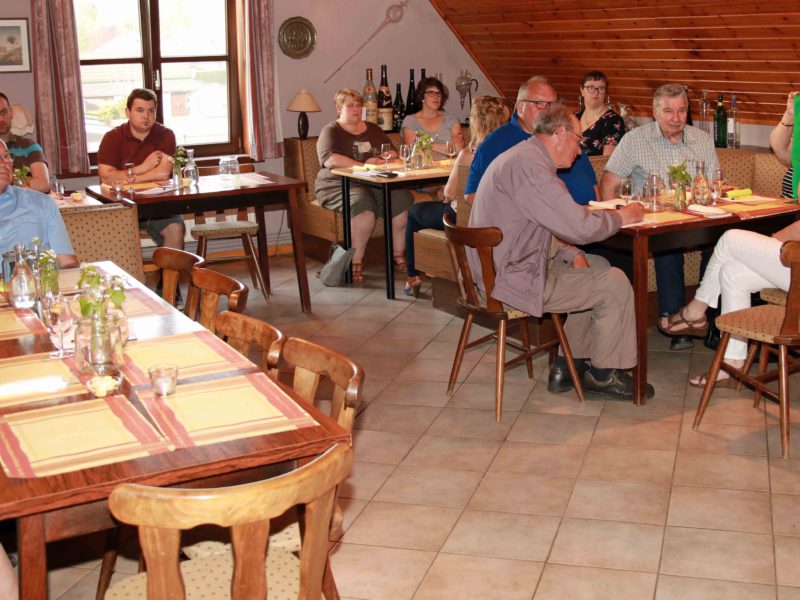 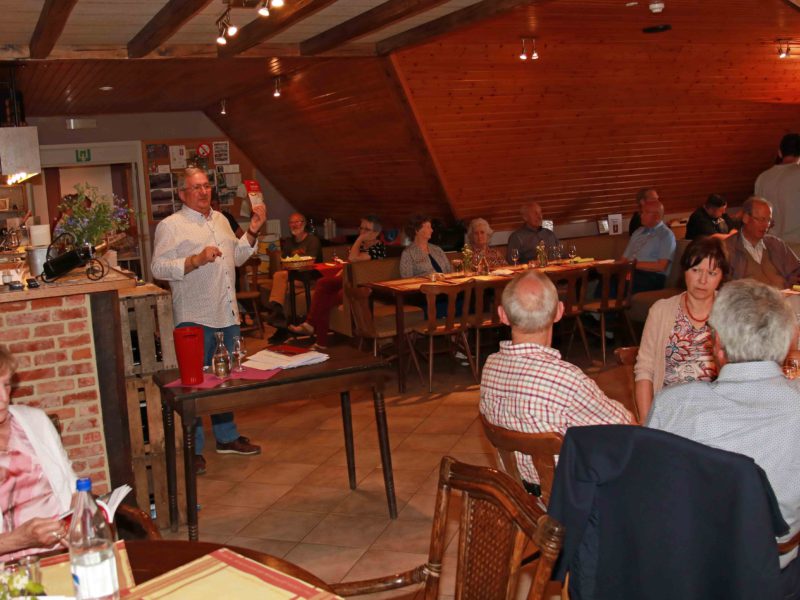 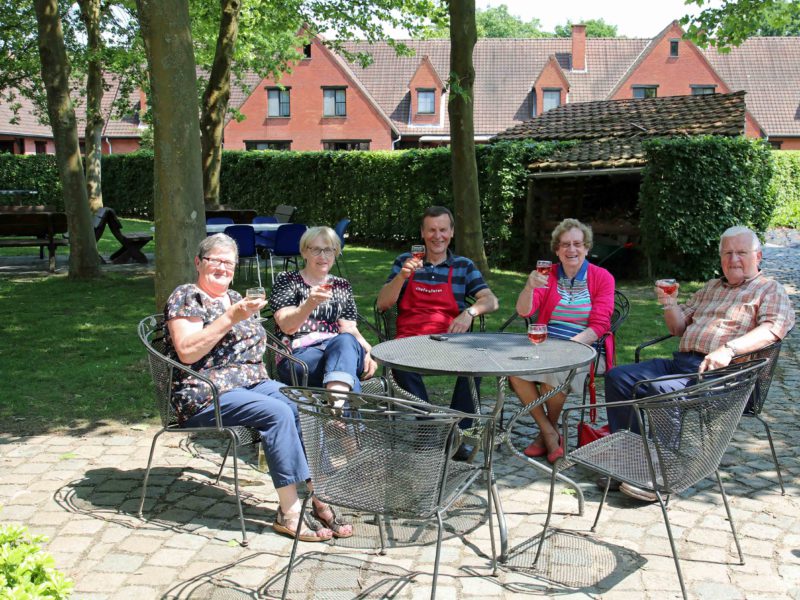 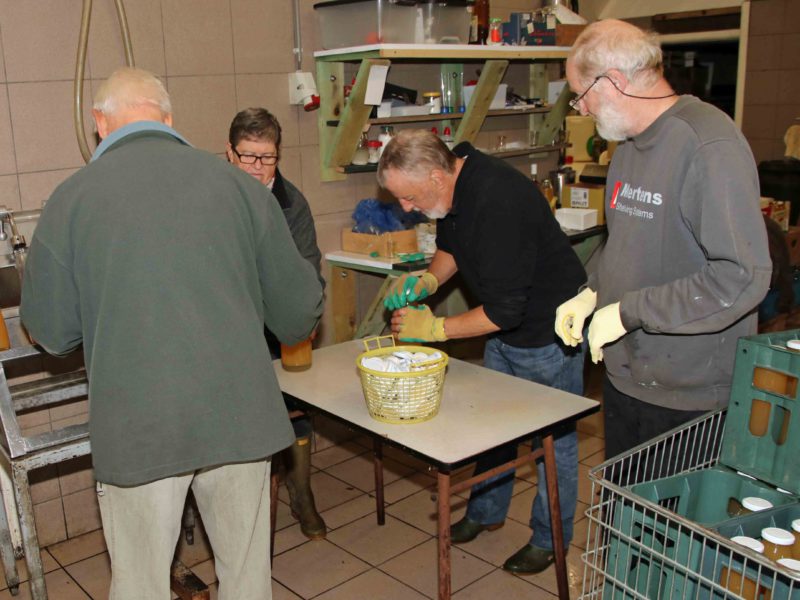 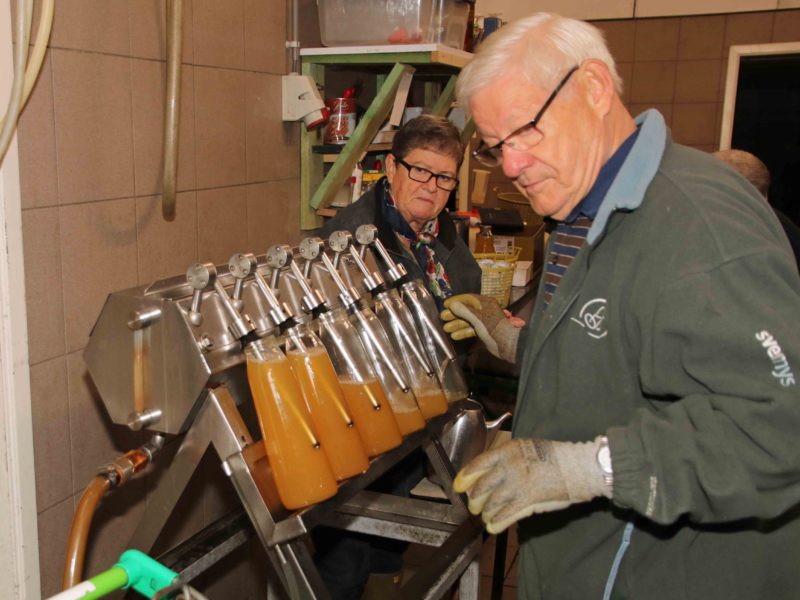 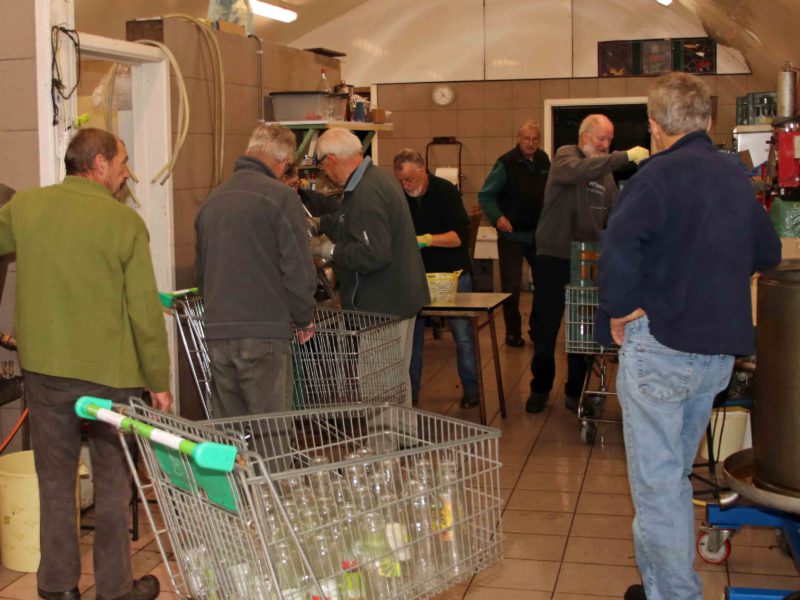 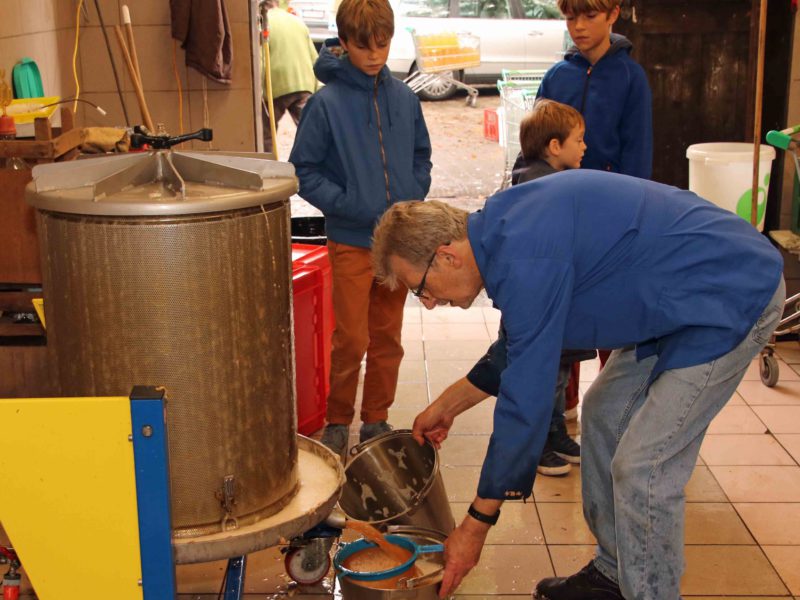 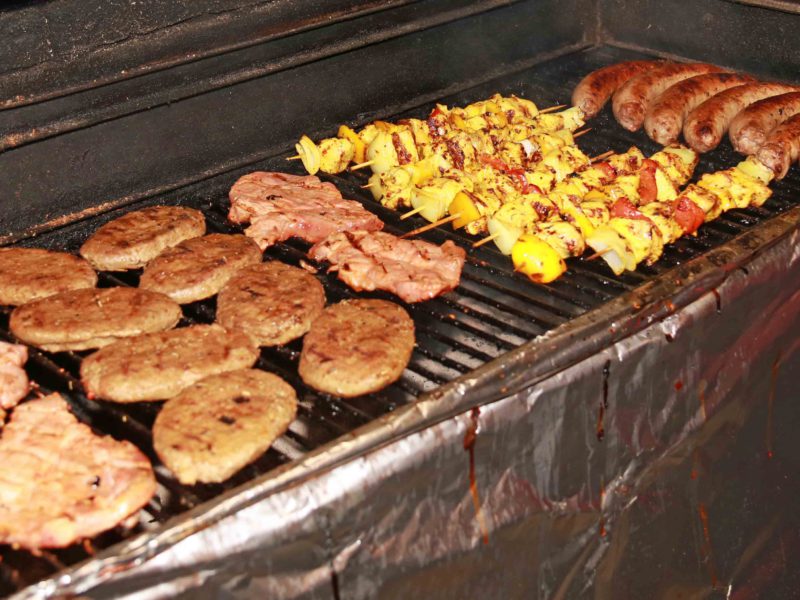 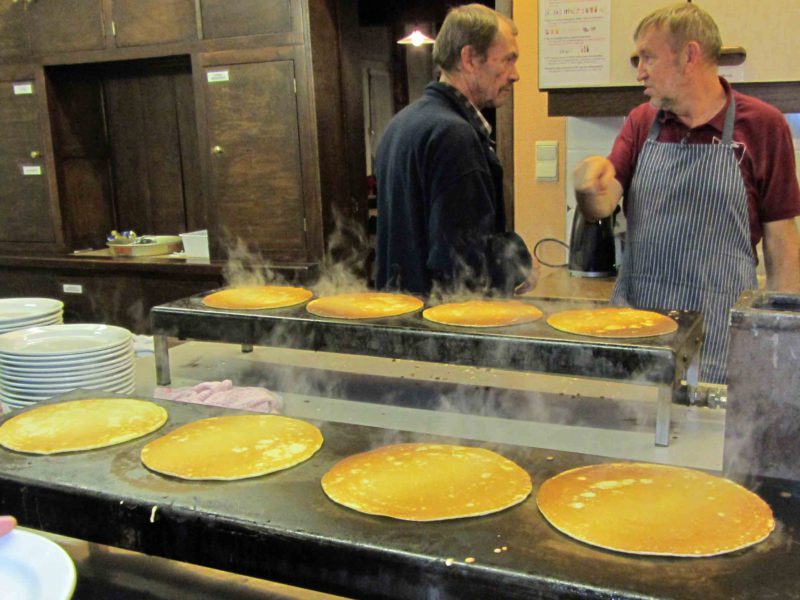 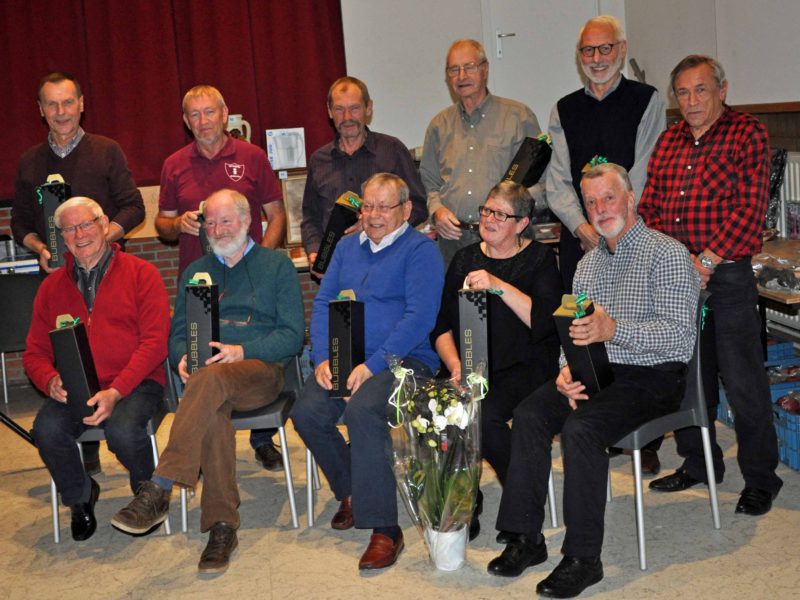 After 35 years, the Wine Guild Siddartha certainly still has a bright future. Own products and made with natural raw materials can count on an ever-growing interest. Their quality is certainly not inferior to many industrial versions and that also applies to wine and apple juice. Novice winemakers can count on an experienced team within the wine guild and then a good start is no problem. We are sure that people from these new winemakers are also interested or will become interested in joining the board to rejuvenate and support the team.

In recent years we have also seen members who have a growing interest in making their own beer and certainly not without success. And… that goes much faster than wine!

The Wijngilde Siddartha vzw has been an important sponsor of the various projects within Siddartha for many years. With the proceeds of all their activities, they support specific projects that Siddartha supports, both in our regions and in Ethiopia. The guests of the community can also engage in some meaningful activities within their means with the help of the wine guild.

After 35 years we still have an enthusiastic team of board members and permanent helpers who, time and again, commit themselves with full conviction to each other as a group of friends, not least for Siddartha’s projects.

Join the Wine Guild?
For 10 € you can stay informed via our attic newspaper, which appears 4 times a year. Just do it:

Do you have an e-mail address and may we also contact or inform you through this route? Let us know at siddarthawijngilde@skynet.be